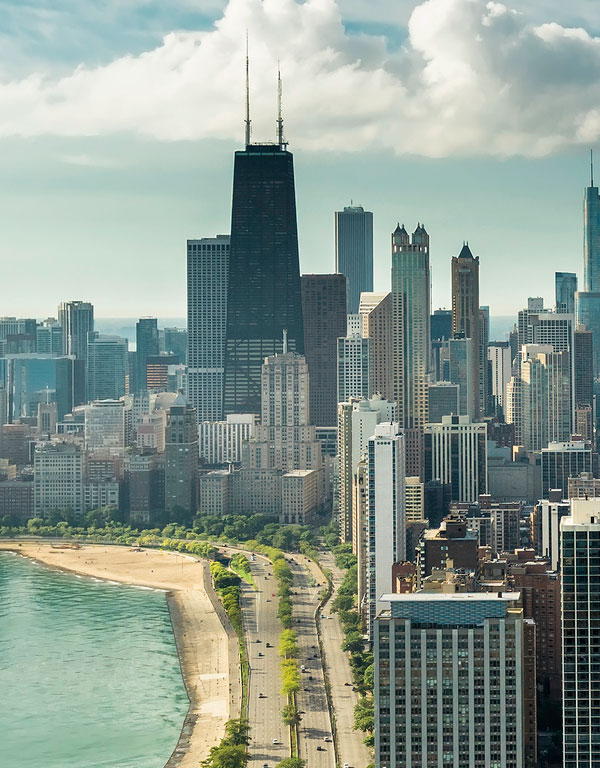 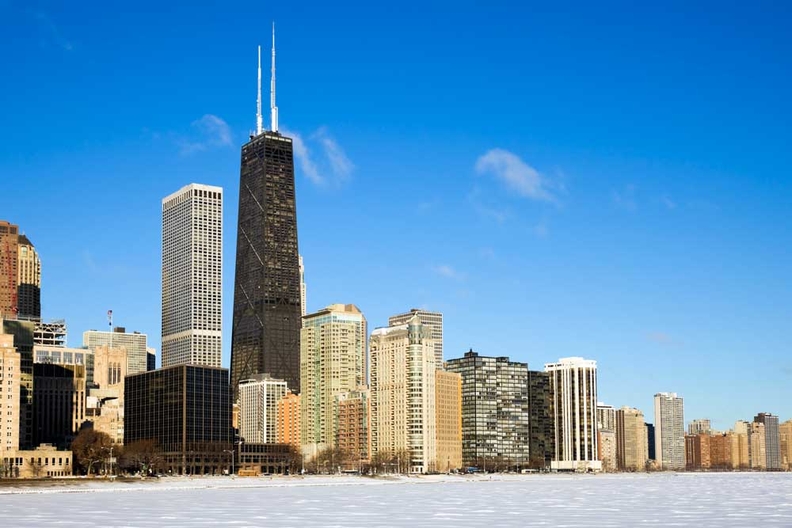 Your next checkup could be at the former John Hancock Center

The space gave Hearn the chance to dedicate a portion of the building for clinical space, something he says he had been eyeing since Lurie moved some of its office space into the Hancock in 2018. The children's hospital has more than doubled its space since then to more than 100,000 square feet.

Core to his thesis is that Streeterville's 13 million-square-foot supply of health care real estate is nowhere near enough to handle the demand in the neighborhood. He cites a projection from health care consulting firm Advisory Board that demand for services including orthopedics, physical therapy and pain management within five miles of Streeterville, for example, will all jump by around 25% over the next five years.

"That demand will continue to be there, and will have to be serviced," Hearn says.

Major health care systems are also collectively pushing more services away from hospital settings and into outpatient facilities that have the infrastructure to handle clinical testing and lab work, fueling the expansion of the medical office sector during the pandemic. While traditional office demand has been flagging during the pandemic, average occupancy at medical office buildings in the 50 largest U.S. markets in the third quarter of 2021 was almost 92%, its highest level in four years, according to health care real estate research firm Revista.

In Streeterville, the Northwestern hospital system has such a strong appetite for property that it bought the Hyatt Centric Chicago Magnificent Mile hotel adjacent to its campus earlier this month, an apparent step to control more real estate that it could one day reposition for medical use.

Bolstered by those tailwinds and Streeterville's continued growth as a medical hot spot, Hearn is devoting one of his tower's north entrances, a pair of elevators and a portion of its parking garage to the medical office block to provide a quality patient experience without disrupting the building's traditional office users.

"This isn't 'gee whiz, we're going to throw a few trial balloons and see if we attract any attention.' We're committed to doing this, and there are significant dollars being spent now and in the future to make this happen," says Hearn, who hired the health care advisory team from Cushman & Wakefield to lead the leasing effort. "We think it will be a race for tenants to get a spot here."

The move still comes with plenty of risk. The pool of prospective users of medical office space is much smaller than that of traditional offices, and building out clinical space—landlords typically help foot the bills—is far more expensive. Hearn estimated the entire investment in the property—including physical updates to the building, tenant buildouts and leasing commissions—could easily approach $100 million. He is still in the process of refinancing more than $200 million in debt on the building to be able to fund the project.

The building must also incorporate more clinical space without scaring off traditional office tenants. Workers sharing a lobby with sick patients could be off-putting for companies that are now trying to give employees more reasons to show up rather than work remotely.

Hearn says the design of medical space is mindful of keeping it separate from other office users, but doesn't expect problems, citing companies' successful coexistence with tourists visiting the building's observation deck.

Helping to offset the higher buildout costs is that most physician groups and hospital systems pay higher rents than traditional office rents. Medical office leases also tend to be longer-term deals and come with the strong credit of a hospital system, which have become even more valuable as the pandemic has pushed many traditional office users to rethink their workspace needs.

Medical office users are "sticky tenants that will grow within your building," says CBRE First Vice President Dan Persa, who has represented several tenants leasing offices in the North Michigan Avenue submarket. "Throughout the pandemic, a lot of those traditional office users have been shaky on those grounds."

One potential sweetener for hospital systems is that Hearn is dangling the naming rights to the tower. He says those rights are a "separate opportunity" from the medical office tenant hunt, but that a large user from the health care sector could fit the bill.

Peter Westmeyer, whose Chicago-based Remedy Medical Properties is the nation's largest owner of health care properties, says naming rights to such a well-known building could be attractive to users like Rush Health, NorthShore University HealthSystem or other competitors in the area that want to plant a prominent flag in the heart of the city.

"There's definitely a turf war in Chicago," he says, "and it wouldn't surprise me if somebody else wanted to jump in there and compete for the more urban downtown market." 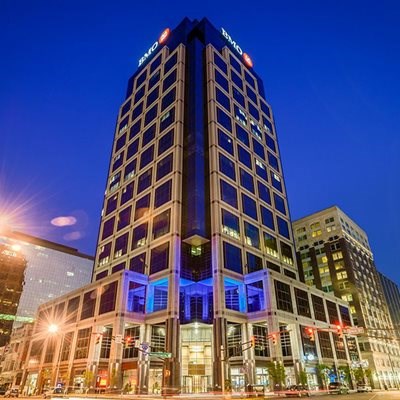 Indianapolis’ 28-story BMO Plaza office tower has been sold for $70 million. A group of real estate investment companies based in Michigan and Florida made the acquisition.

Indianapolis’ 28-story BMO Plaza office tower has been sold for $70 million. A group of real estate investment companies based in Michigan and Florida made the acquisition.

The tower, at 135 N. Pennyslvania St., sits in the heart of downtown Indianapolis. It is also the sixth-tallest building in the city.

The new ownership group of the building is made up of Detroit-based developer Redico and Black Salmon, an investor from Miami.

The building’s occupancy was at more than 80 percent at the time of the sale. Notable tenants include the U.S. Department of Defense, G.E. Capital Services and BMO Harris Bank. 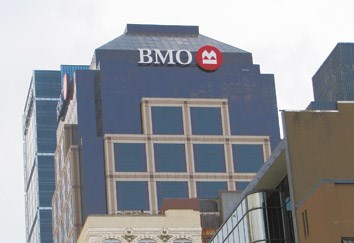 BMO Plaza, a 28-story Class A office tower at 135 N. Pennsylvania St. in downtown Indianapolis, was acquired by a group of real estate investment companies from Michigan and Florida. The new owners announced the acquisition this week.

The state’s sixth tallest building has been sold for $70 million.

BMO Plaza, a 28-story Class A office tower at 135 N. Pennsylvania St. in downtown Indianapolis, was acquired by a group of real estate investment companies from Michigan and Florida. The new owners announced the acquisition this week.

The new ownership group is made up of Miami-based real estate investor Black Salmon, an affiliate of real estate developer TSG Group, and Detroit-based developer and investor Redico LLC.

According to Black Salmon, Hearn spent about $6 million on a redevelopment plan to upgrade the tower’s lobby, common areas and fitness center, and add a tenant lounge and game room. Hearn also relocated its restaurant space, which has been a "revolving door," from the second floor to street level, and filled it with King David Dogs.

The improvements help raise occupancy from about 73 percent to more than 80 percent.

Key tenants in the 444,644-square-foot building include BMO Harris Bank, the U.S. Department of Defense and General Electric Capital Services.

In terms of square footage, the building is the eight largest office complex downtown. The only taller buildings in the state are Salesforce Tower, OneAmerica Tower, Regions Tower, Market Tower and 300 North Meridian.

CoStar Group, a real estate information service, said asking rents in the building range from $22.50 to $24.50 per square foot.

“We continue to identify key markets throughout the U.S. that are rich in opportunities for value investments,” said Ignacio Murman, head of acquisitions and managing partner for Black Salmon, in a written statement. “Our client base is composed of international participants, whose appetite is strong to streamline the investment process and diversify their portfolios with quality assets.”

At the time, the building had just lost its largest tenant, the law firm of Bose McKinney & Evans LLP, and was less than 30 percent occupied.